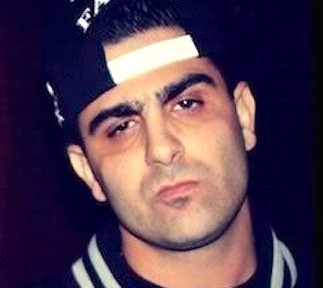 Rapper Dizaster opened a can of spinach up all over Math Hoffa’s face..

It’s another black eye beatdown this time happening at King Of The Dot’s BOLA5 event in L.A. 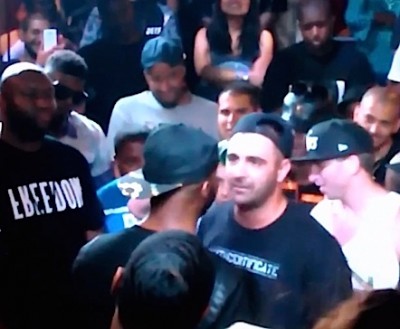 Following the ruckus, Diz attempted to explain himself on Twitter.

“I squared off with math and dropped him after all the comotion, if he lies his bitch……i fired on him he fell &i landed a gang of punches…Somone has the footage i fu*ked his ass up nobody was helping me….they saw that sh*t pu**y ass bitchea..,he fu*kin dared me i aint a bitch…Footage will come soon i fu*kin dropped him and pounded him on the floor solo on everything i love…Hes been doin this to me for 3 years , im sorry i cudnt take it anymore he mentally fu*ked with me for years…He kept saying u wont do sh*t i dare u i dare u..,fu*k u then u win some u lose some…” source

At the close of Dizaster and Math Hoffa’s bout, Diz punched Hoffa in the face. Apparently, Math’s been threatening him since 2012.