Kate Upton, in all her glory, stars in Lady Antebellum new music video for their latest single, “Bartender.”

Arrested Development’s Tony Hale, also appears which follows Kate and her friends on a girls’ night out, which ends with bartender Tony slinging his best shots in an effort to win (or if you win, you lose,) drinking game. 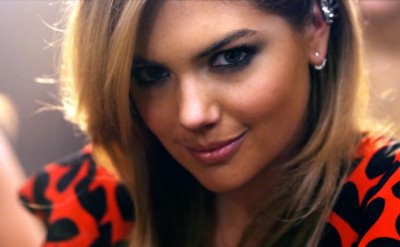 “I think we definitely captured the spirit of the song, but we also threw in some unexpected twists that the fans will love,” Charles Kelley said. “Kate and Tony took what could have been just another music video to a really cool place. I mean, pretty much every guy in America is in love with Kate Upton. And if I’m being totally honest, Dave and I now both have a little man-crush on Tony, too. He’s hilarious! Hands-down my favorite video we’ve ever done.”