Country band, Lady Antebellum had some frightening moments as their tour bus caught fire and burned down on Interstate 30 in Garland, TX., Thursday morning.

The fire broke in the aft section of the luxury bus just before 9 a.m. as band members traveled to Arlington to attend the American Country Music Awards at AT&T Stadium. 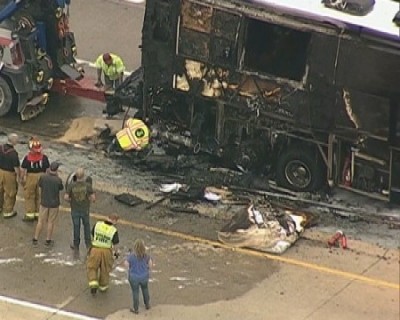 It’s is unclear what caused the destructive blaze. Local news reports showed damage across the entire back of the bus.

Aboard were band members, Hillary Scott, her husband, tour manager and a driver.

Everyone made it off the vehicle safely but the fire caused major traffic delays on I-30.