Christina Pascucci ‘You Are So Hot’

The guys may have had a point, but his timing could not have been worse! Or maybe he had perfect timing! It depends on your current alcohol consumption.

Christina Pascucci was live-reporting from West Hollywood’s annual gay pride parade when a man stepped into frame to inform the reporter that she was, “SO f**king hot!” 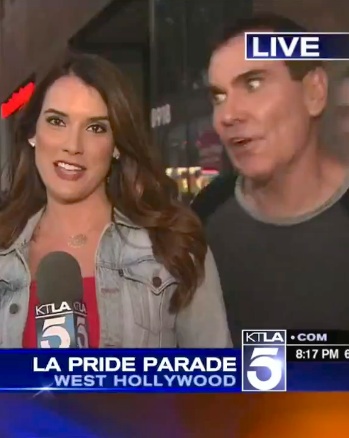 What do you guys think about Pascucci? Hot? Or swap? Comment below!