Proof positive as the rocker was spotted sharing a hotel room with a young brunette Kristen Stewart type. 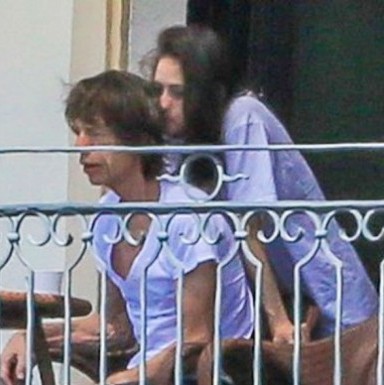 The photo was taken just 3 months after his girlfriend of 13 years, model and fashion designer L’Wren Scott, committed suicide in her New York apartment. source

Reports say that Jagger picked up the woman he was with at a nightclub where she worked as a waitress.