Did XANAX Cause Elliot Rodger To Kill?

Elliot Rodger, the young virgin who killed half a dozen people, was on Xanax at the time of the bloody rampage.

Elliot, the son of Hunger Games‘ director, Peter Rodger, was more withdrawn, lonely, and anxious after being prescribed the mood elevator. 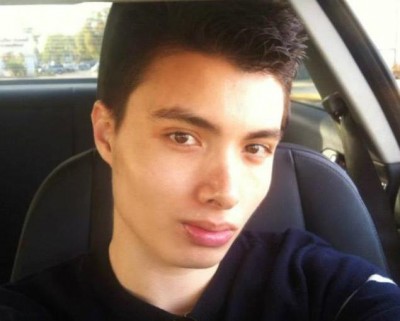 Based on interviews with Elliot’s parents, Peter and Li Chen, the Santa Barbara Sheriff’s Department “is being told that he was likely addicted to Xanax . . .

Peter and Li have been doing basic research on addiction to Xanax, and based on what they have read, they believe the tranquilizer made him more withdrawn, lonely, isolated, and anxious.”

“It’s their understanding that when Xanax is taken in large amounts, or more than the prescribed dosage, these are some of the side effects. Xanax isn’t being blamed for causing Elliot to go on his rampage, but it probably wasn’t the best decision to have someone like him on it.” source

Elliot’s parents have previously told law enforcement that their son had been taking Xanax in the days before the horrific murders, and feared he could have been abusing the anti-anxiety medication.