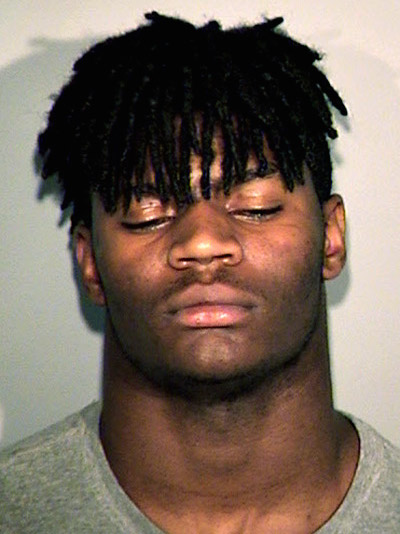 The up-and-coming RB was pinched in his hometown of Broken Arrow, Oklahoma, late Wednesday.

Thomas, 18, and three others are accused of robbing a man at gunpoint Tuesday afternoon and then firing a gun at the victim as the victim drove away.

According to Broken Arrow police Corp. Leon Calhoun, the victim said the suspects stole his marijuana, money, shoes and clothing and told him to leave because they were going to “bust a cap.” source