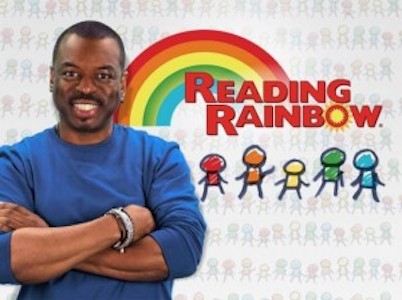 Will you be watching when Reading Rainbow returns? Comment below!

TRENDING: Who Is Charlotte McKinney? And Why Is She Compared To Kate Upton?
CLICK PHOTOS TO SEE MORE
POST NOWTWEET NOW

“Reading Rainbow” reached its $1 million goal in less than a day.

“Never in my wildest dreams did I imagine that we would reach our goal on the very first day,” the actor tells Deadline. “People are getting involved — it’s been pretty overwhelming. ”  source

Mere hours after the fundraiser launched, more than 25,000 donors had contributed more than $1,100,000 in hopes of bringing the literacy-teaching program to 1,500 classrooms free of charge.

Three backers even pledged a whopping $10,000 each.