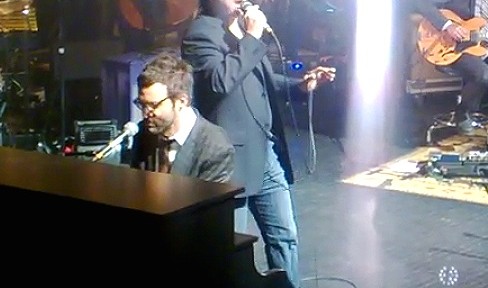 Perry’s return to the spotlight this week may indicate that he is finally ready to follow up his solo sophomore effort, 1994’s For the Love of Strange Medicine. Back in 2010, Perry told Classic Rock magazine that he had more than 50 original compositions waiting to be recorded in his home studio in Del Mar, Calif., although the following year he admitted to the Associated Press that his perfectionism was making him stall, saying: “I’m so hard on myself. I play these sketches in my computer for friends and they say, ‘Gee whiz, the vocal’s beautiful.’ I hear, ‘It needs to be better.'” source