Police in South Euclid recently arrested an eight-year-old girl after she pulled a knife on neighbor kids whom she insisted bullied her. 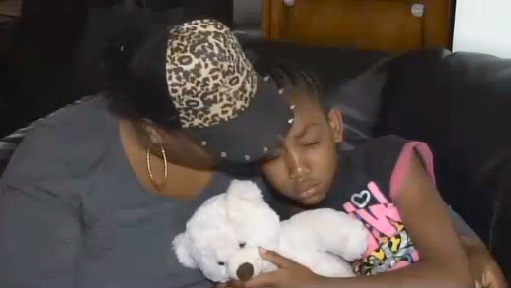 The girl’s mother, Tiffany Ragland does not condone what her daughter did, but says the arrest of an eight-year-old child was too extreme and traumatized the youth.

The third grade girl said the worst thing about the ordeal was getting arrested.

“Talking about how they were going to beat me up and drag me on the street… threw the ball like I was a dog and said fetch,” she said.

“What upsets me most was my eight-year-old daughter was handcuffed and taken to the police station with no adult or lawyer present, she was not read her rights, she is only eight she can’t even understand it,” said Ragland. source

The incident happened May 6 after two older children took the girl’s basketball and would not give it back. The anonymous eight year old recalls the incident.

No one was injured and police say they will not file charges.