Baltimore County Police are on-scene after a man rammed his truck into WMAR-TV. 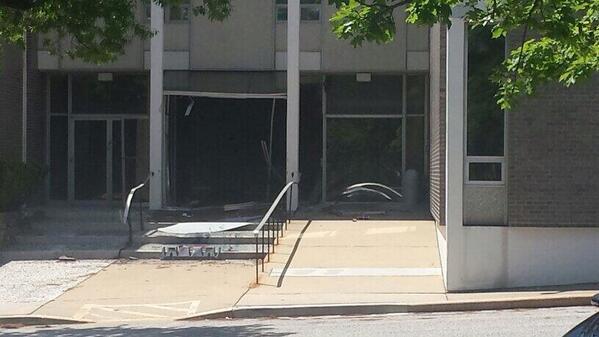 The man is now barricaded in the building. Weapons were reportedly found in the truck and he is possibly still armed.

Employees say the man tried to enter the building and claimed he was “God.”

Police say the building was rammed several times around 11:45 a.m.

People are being urged to stay away from the building, which has been evacuated.

St. Pius X is nearby, and is on lockdown.  Officials say all children are safe inside the school. source

SWAT has surrounded the building. Reporters at WMAR say they believe all employees are safe, but the lobby is “smashed up.” Some employees are at a nearby shopping center.