Elizabeth Banks SHAMED In Lawsuit: You STOLE Walk Of Shame!

Well known screenwriter, Dan Rosen (“The Last Supper,” “Freeloaders”,) filed a lawsuit against “Walk of Shame” star Elizabeth Banks and the filmmakers over lifting ideas from his script “Darci’s Walk of Shame.” 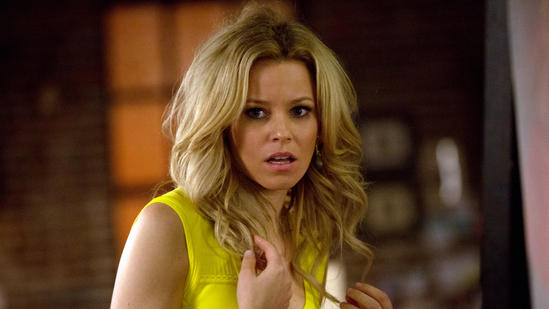 It could be an open and shut case, mostly because of vast similarities detailed below.

Among the alleged similarities between “Darci’s Walk of Shame” and “Walk of Shame” are the title, the big-city setting and the plot: Both stories follow a pretty thirtysomething blonde who breaks up with her boyfriend, commiserates with her girlfriends, gets drunk, has a one-night stand, wakes up the next morning at his place, dons her outfit from the previous night and embarks on a misadventure.source

According to the suit, Rosen sent the script to Banks through a mutual acquaintance in 2007, then met with the actress and her husband, movie producer Max Handelman, to discuss it.

The suit says that while Banks and Handelman liked the idea of the script, they never got back to Rosen and did not return the script.