Eight Ringling Bros. and Barnum & Bailey Circus performers in Providence, Ri., fell to the ground in an accident about noon that left onlookers stunned. 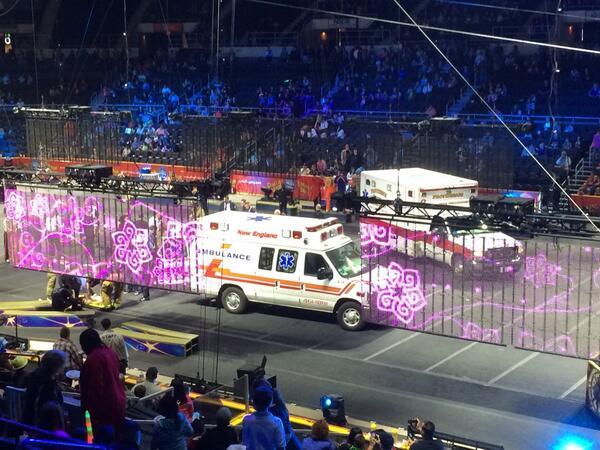 Othello Smith, of Providence, and his family left the building shortly after the accident because they didn’t want their young children watching the aftermath. “One of the performers was crying,” he said. “It looked pretty bad.”

Smith said the performers were doing an aerial act, where they were spinning on ropes or cables.

“They just dropped,” he said. “It happened so fast you didn’t really believe it happened.” source 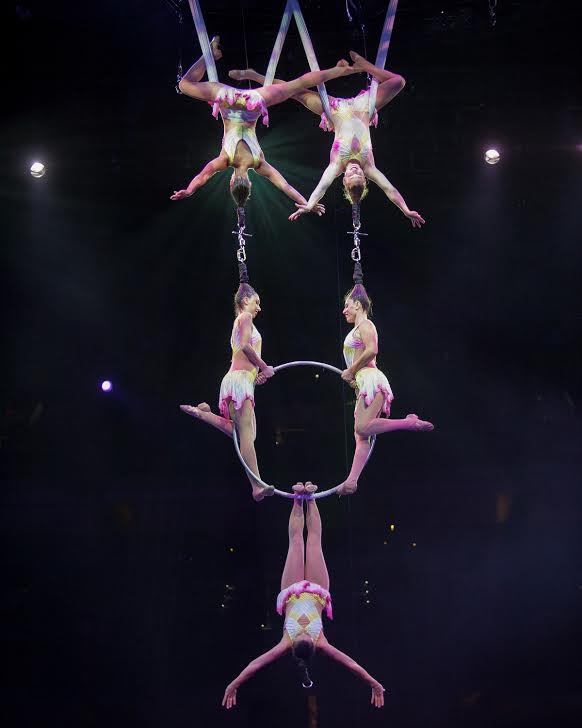 There was no immediate word on the extent of their injuries. Several fire department rescue units were on the scene.

The circus performances were suspended after the accident.