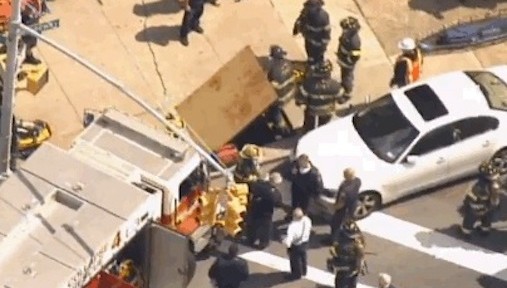 New York City’s transit agency says a subway train has derailed in Queens. The first indication was that there were no injuries, however, seeing all those backboards and gurneys tells us another story..

A spokeswoman for the Metropolitan Transportation Authority says the derailment involved an express F train bound for Manhattan and Brooklyn.

Authorities say it happened in a tunnel at 65th Street in the Woodside section at 10:40 a.m.

Below, you can see folks exiting the subway tunnel via a trapdoor in the sidewalk..

The fire department says there are . Firefighters and paramedics are on the scene. source

The transit agency had no other details.