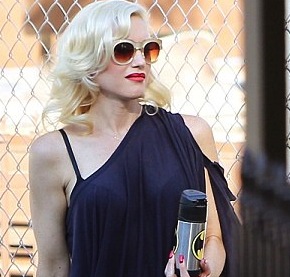 Stefani is replacing Christina Aguilera, who is on maternity leave.

Stefani posted a simple photo of her hand holding a mic on her Instagram page, throwing up the “V” symbol for The Voice and captioning the pic: “It’s true! @nbcthevoice.”

Newbies Stefani and Williams are each set to perform on the Monday, May 5, live telecast. Pharrell will perform his new single “Come Get It Bae,” while Stefani will perform her throwback hit “Hollaback Girl.”