Oklahoma Earthquakes: Is Someone Blasting A Tunnel?

Oklahoma has been experiencing mystery earthquakes for the past several months at the rate of over a dozen a day. Most of the quakes uniformly averaging around 2.5 to 3.5 in magnitude. 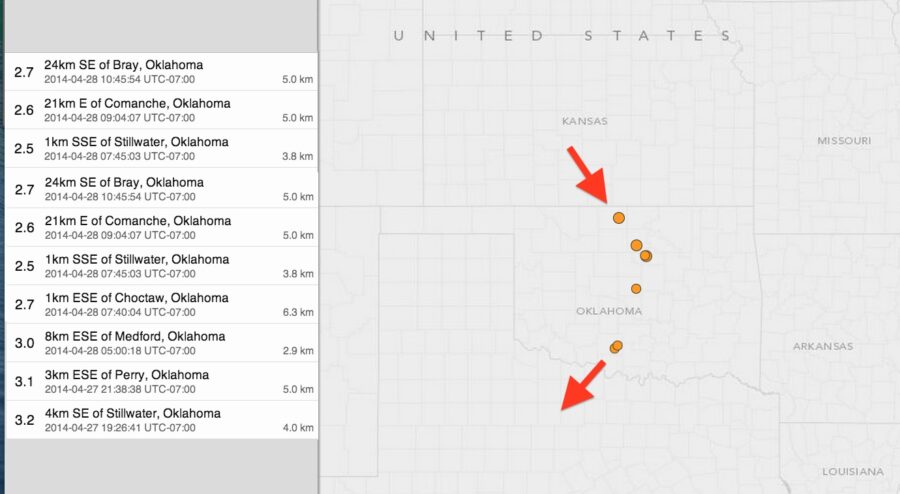 Some conspiracy theory types are saying on social media that when you look at general direction of where the quakes are occurring, it’s almost as if someone is blasting a very long tunnel or huge boomerang shaped underground bunker, from one end of the OK state to the other.

Who knows? This time, (like a lot of other times,) they could be right! Especially considering Oklahoma has no known faultline.