Blake Griffin Dumps Cup Of Water On Fan After Fouling Out

Blake Griffin was plagued by foul trouble in Game 1 of the Clippers’ playoff loss to the Warriors, playing just 19 minutes and fouling out on a tough call with 48 seconds remaining. 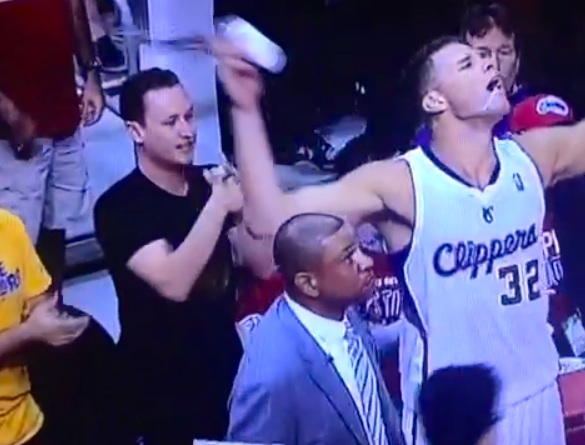 As he was watching the replay of his final foul on the sidelines, he appeared to raise his arms up in reaction to what he saw, which caused him to (inadvertently?) dump a cup of water on a Warriors fan behind him sitting courtside. source