Khloe and Kourtney Kardashian were glitter bombed while shopping in West Hollywood over the weekend. Without question, because of proximity, Khloe suffered the brunt of the attack. 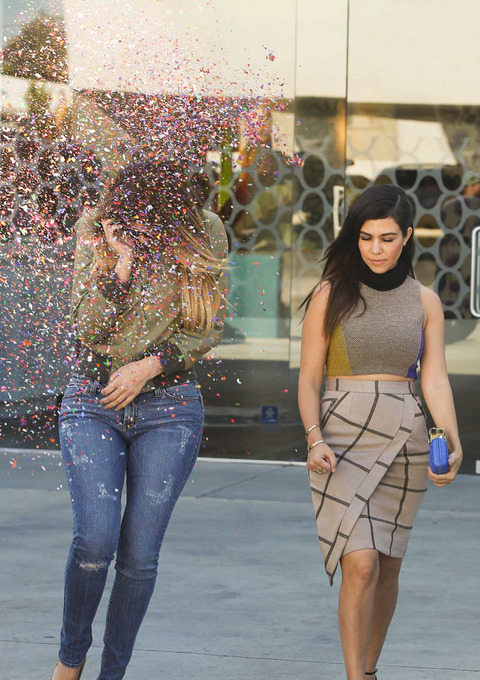 Making things worse is that the glitter bombing was done by one of the creepier looking clowns I think I’ve ever seen. Oh, those poor little lambs, Khloe especially. She hasn’t had that much tacky glitter all over her face since that morning when she was doing her makeup. Seriously, glitter is like crack to a Kardashian sister. source

It’s like attacking Kris Jenner with a handful of twenties.