How I Met Your Dad Krysta Rodriguez FIRED 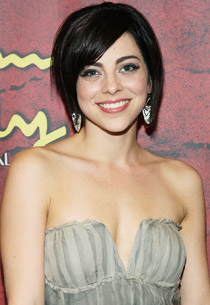 Rodriguez who was to play one of the leads, is departing the hybrid pilot.

In the vein of the original series, HIMYD tells the story from a female point of view, that of Sally (Greta Gerwig), and revolves around a new group of friends in New York. Rodriguez was to play Sally’s best friend Juliet, a sexy, flamboyant force of nature who runs the most successful fashion blog in the country.

The character has undergone changes after the table read. How I Met Your Dad‘s three male leads are played by Drew Tarver, Nick D’Agosto and Andrew Santino. The pilot, from 20th TV, was written by Emily Spivey and HIMYM creators Carter Bays and Craig Thomas. Rob Greenberg is directing. source