Abby Putterill has a rodent living in her hair.. Willingly. 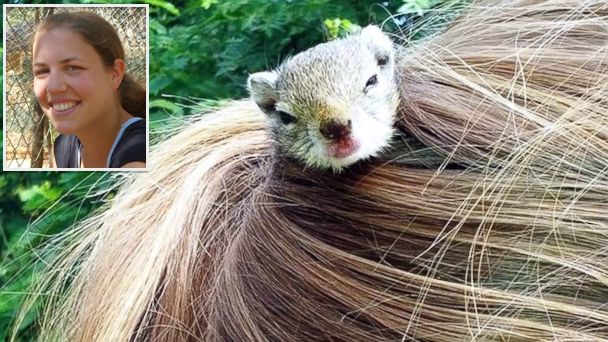 Putterill’s hairdo adopted Hammy, an orphaned mopane squirrel, who has been living in the girl’s ponytail for the past two months.

After finding the small rodent injured and abandoned, Putterill,16, placed Hammy on her head, at which point he burrowed into her hair. Since then, the odd couple has been inseparable.

Tree squirrels are commonly named mopane squirrels after the leafy African tree that the animals commonly live in.