Have you seen the kid from Two and a Half Men Lately?

Angus T. Jones, the youngster who starred on popular TV show, Two And a Half Men, has cultivated a huge beard in the name of god.. 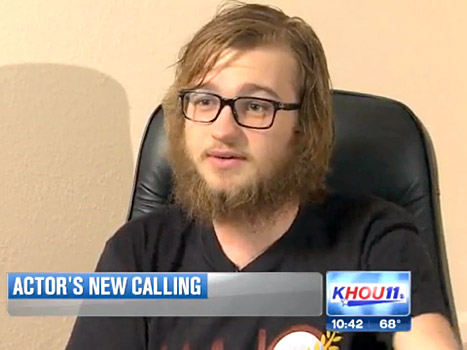 The young star became the high paid child actor in television history making around $300,000 per episode, but Jones committed career suicide in the name of the lord, quitting the show, calling it “filth,” on his way out.
source