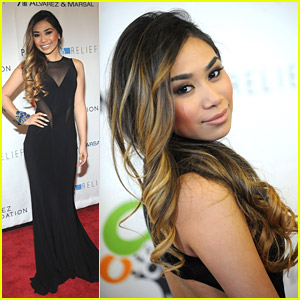 “Such an honor to appear at #PinoyRelief with @Lyrikris10 and accompany the incredibly talented @JessicaESanchez,” Robert wrote on Twitter ahead of the show. source

TRENDING: Let's Not Forget, Celebrity Kids Do A Lot Of Good Too
CLICK PHOTOS TO SEE MORE
POST NOWTWEET NOW

All the proceeds from the concert will be forwarded to victims of Super Typhoon Yolanda (Haiyan) survivors, which devastated provinces in the Visayas in November 2013.