CNN’s marked man, Piers Morgan, while interviewing Chelsea Handler, was showing a Wolves Of Wall Street clip, the one of Leonardo DiCaprio negotiating a row of stairs while on quaaludes, when all of a sudden, DiCaprio says one of the movie’s countless f-bombs! You have to watch the hysterical video! 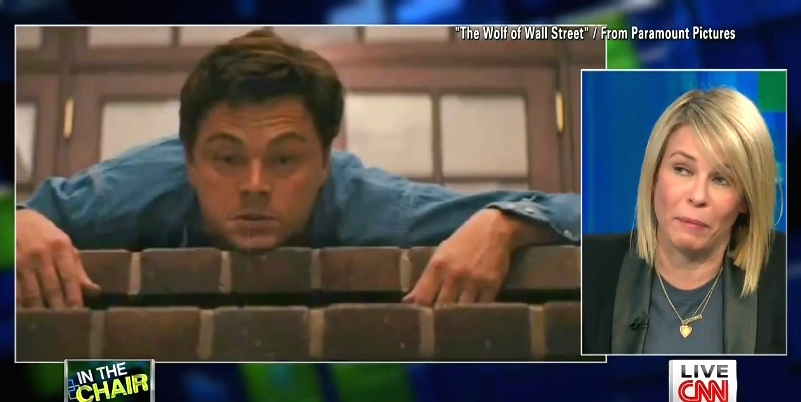 Morgan brought the clip up because of an anecdote of Handler’s involving Jane Fonda and quaaludes, the latter playing a key role in a particularly hilarious scene from the Scorsese film, and so that scene played while Handler talked, and you hear Leonardo DiCaprio moan, “F**k!” before hearing the audio hastily being cut.