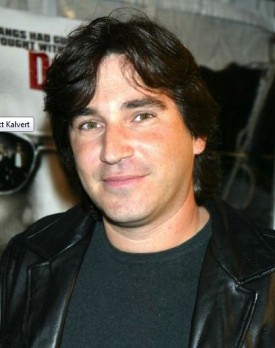 Scott Kalvert, who went from helming music videos to the features The Basketball Diaries and Deuces Wild, has died. He was 49. The Los Angeles County Coroner’s Office said it is investigating his death as a suicide but provided no other details. Kalvert had a knack for working with unknown acts who would go on to become huge stars. He started in the music video business, hitting pay dirt with his first project: “Parents Just Don’t Understand,” a 1988 pop hit by DJ Jazzy Jeff and the Fresh Prince that launched the career of Will Smith.

It was named Best Rap Video at the MTV Video Music Awards. The NYC native went on to direct videos for such acts as Snoop Doggy Dogg, Cyndi Lauper and, notably, “Good Vibrations” by Marky Mark and the Funky Bunch, which featured a muscle-bound unknown named Mark Wahlberg. He also helmed the 1988 concert video Guns N’ Roses: Live At The Ritz, which aired on MTV. In 1995, Kalvert directed The Basketball Diaries, an adaptation of “People Who Died” singer Jim Carroll’s 1978 memoir. The film starred a teenage Leonardo DiCaprio as Carroll along with Wahlberg in one of his first film roles and featured three actors who go on to be regulars on The Sopranos: Lorraine Bracco, Michael Imperoli and Vincent Pastore. Kalvert’s only other feature directing credit was the 2002 actioner Deuces Wild, starring Stephen Dorff and Brad Renfro. source

Our thoughts and prayers go out to Kalvert and his family and friends.