Jennette McCurdy caught posing in photos that were leaked from her phone onto the internet..

The photos came one day before Jennette publicly bashed her NBA star ex-boyfriend, Andre Drummond, for his “not great” kissing skills. 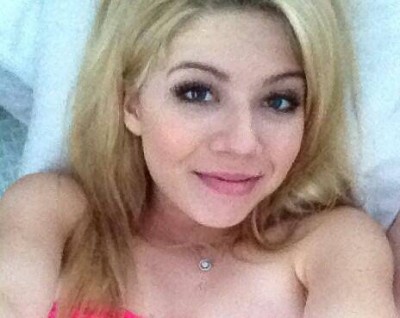 Drummond pursued her via social media in Summer 2013, using the “woman crush Wednesday” hashtag until finally Jennette agreed to a date, but it didn’t take long for her to realize it wasn’t going to work.

“It only lasted like a week, it was really short,” she admitted.

She went on to explain, in pretty serious detail, the disastrous kiss that sent the relationship downhill.

“My first kiss with him was after we had gone laser tagging,” she said.

“I stood on a chair… I sort of went for it. But it wasn’t great. It didn’t go great. No sparks and the mouth… the shapes weren’t right.” source