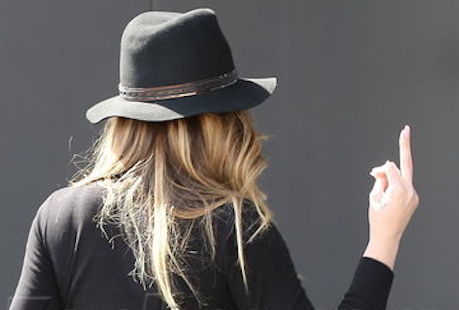 In the note, posted on Instagram, Khloe is apparently asking Lamar to “do something, anything already” to win her back. But is that a wise thing for the reality star to be publicly requesting from her ex? And is it not something he would need to do on his own accord? So many questions, so little brain space to dedicate to the Kardashians these days. One thing is for sure, Khloe should consider hitting the delete button on this sad puppy of a post.

Of chorus, Khloe did not indicate “who” the message was intended, but it doesn’t take a rocket scientist to figure that one out, with one caveat, rapper, The Game did come out in a recent radio interview admitting that he at one point had sexual relations with – not Khloe – BUT KIM. This revelation is about to totally blow the lid off what was otherwise a carefully manufactured mystery, but according to The Game, in his own brutal reality check, that ain’t happening, not with Khloe anyway..