Indianapolis is under a tornado watch until midnight, the National Weather Service says.

UPDATE: Evansville Police radio reports rotation is visible. Powerlines are down in some counties. 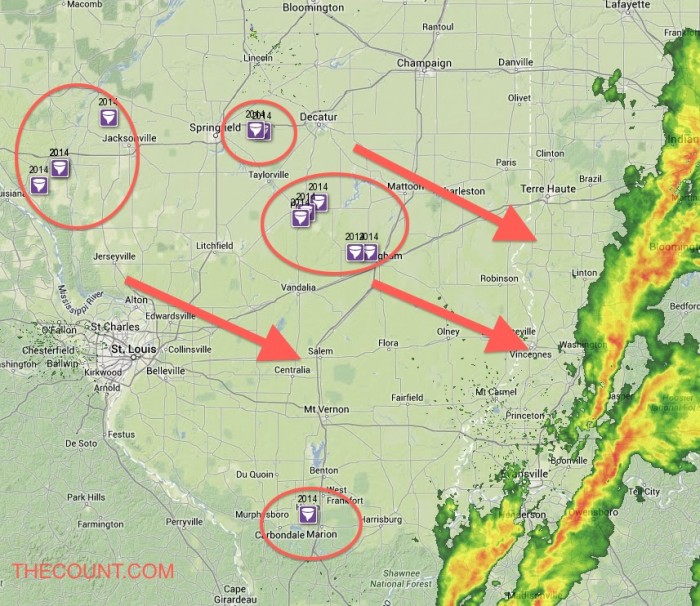 About 7:30 p.m., Clinton County was put under a severe thunderstorm warning until 8:15 p.m.

“The county highway (department) has closed several roads because of the floods,” said Chief Deputy Bob Kemp of the Fountain County Sheriff’s Office. He said as of Thursday afternoon no residents had been evacuated. The chief problem is water backing up in ditches and flowing over roads.

“We’re hoping people aren’t driving through it. As long as everybody remembers not to drive through the water, we’ll be fine.”