Olean, N.Y. — A 23-year-old mother of two small children was fired from her job as a McDonald’s cashier after paying for the meals of a firefighter crew who had just braved sub-zero temperatures extinguishing a house fire. 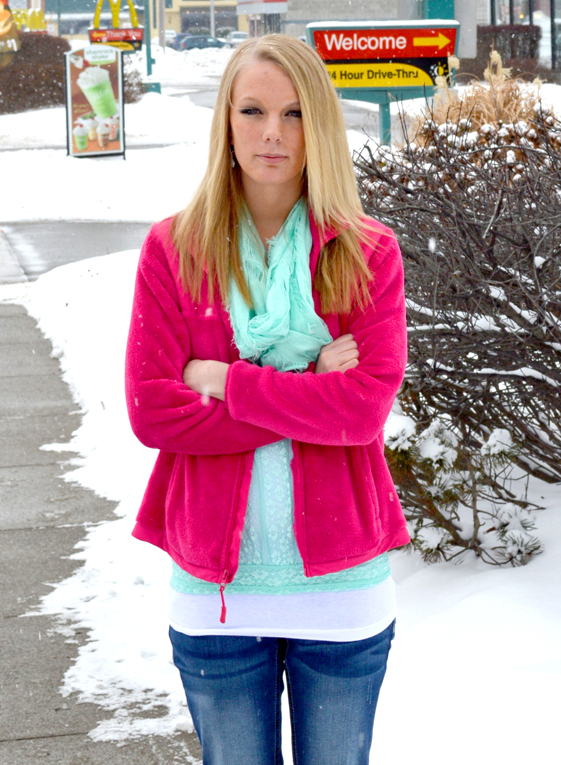 The crew ordered 25 McMuffins and to thank them for their service, Heather Levia contacted her boss to see if they could swing a discount, a fair assumption considering the establishment often gave discounts to emergency crews.

After asking her manager and getting declined, Levia pulled the $83 from her own wallet and covered the full cost of the food.

The firefighters ended up with full bellies and she was promptly fired at the end of an eight-hour shift.

KFOR reported that after the incident, Levia said her boss told her, “You opened a whole bee’s nest.” At least he got that one right.

Tom Meyers, the owner of the Olean McDonald’s, gave WIVB the following statement:

“The Meyers Organization has always valued the employees who serve our customers every day. We likewise continue to be an ardent supporter of our police and fire departments, along with other first responders. They are always welcome in our restaurants, and we will continue to support them in the future.

“We are aware that certain allegations have been made concerning the reasons for Heather Levia’s termination. Out of respect for Ms. Levia and her privacy, it would not be appropriate to comment in detail on the reasons she is no longer employed by our organization. Still, it should be pointed out that the allegations are absolutely not true. We would never penalize an employee for showing appropriate gratitude for the work of our firefighters.”

Levia is currently seeking other employment.