Precious star, Gabourey Sidibe used a transphobic slurs over and over after appearing on “The Arsenio Hall Show” to discuss living in New Orleans. 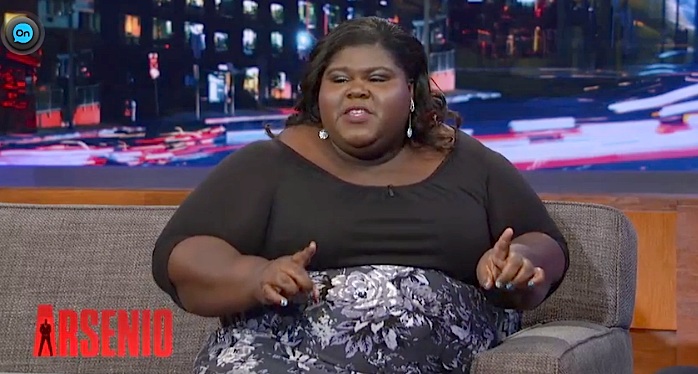 The politically incorrect “American Horror Story: Coven” star said the “T” word at least five times in under a minute..

Gabourey Sidibe: There was a bar that we would frequent and every time we’d go, when we were leaving every single time there was always like a gang of cops arresting trannies.

Sidibe: And I don’t know what goes on with trannies but that tranny on tranny crime needs to stop!

Sidibe [chuckling]: It is tearing our nation apart!

Girl, you need to shut that big trap of yours!