A petition meant to eradicate Justin Bieber from the United State is picking up a lot of steam, and not just any steam, a Canadian bound locomotive full of hot steam.. 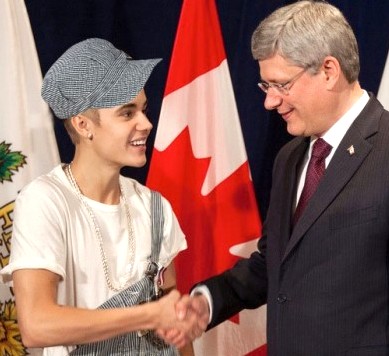 Biebs may have had a tempestuous week as he faces charges of DUI, drag-racing and resisting arrest, but thing could get worse, as the public may banish the singer back into the cornfields of his native Canada. 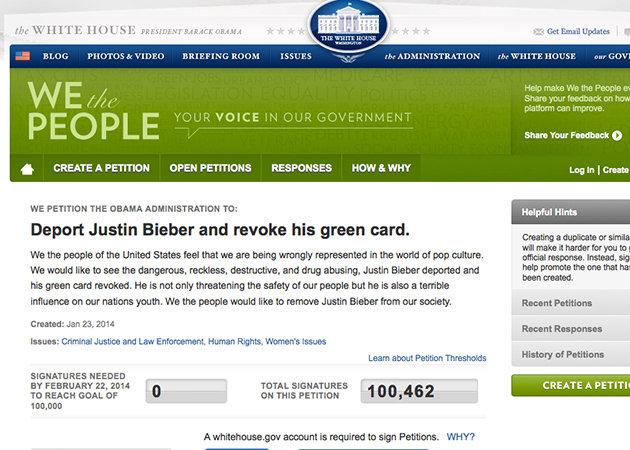 Justin Bieber will now be facing a whole new problem as thousands of people have now signed an online petition to get him deported.

The petition, which is titled ‘Deport Justin Bieber and revoke his green card’, has now reached over 100,000 signatures within just a few days, meaning it will automatically be reviewed by White House staff, who must officially respond to it.

One of those 100,000 folks seeking Bieber’s deportation is Backstreet Boy, Nick Carter, who thinks HIS brother, Aaron is WAY more talented than the Canadian singer..

What do you guys think? Is Justin a cool guy or a Canadian devil family wrecker?