Jason Trawick gained his freedom and a bunch of pounds since breaking up with Britney Spears! Pretty much the same thing that happened to K-FED! 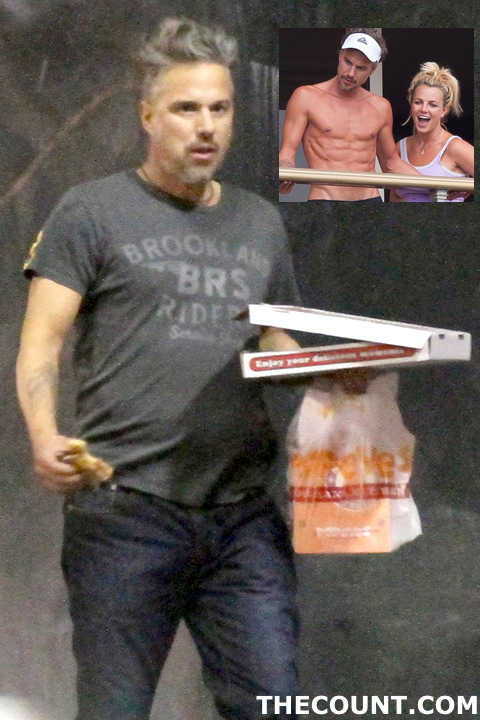 The ex-Mr Spears was snapped eating a slice (or more, much more,) of fattening Hollywood pizza..

TMZ says, not only did Mr J. wolf down an entire pizza but also a bucket of Popeye’s chicken! 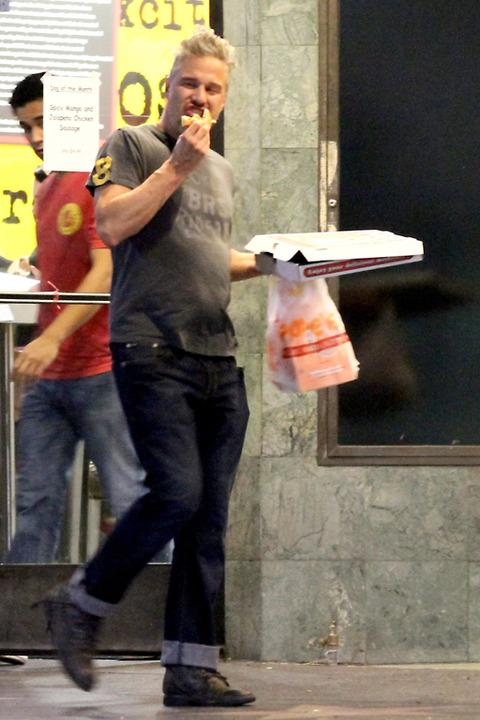 Spears and Trawick — her former agent — famously started dating in 2010 and were engaged the following year. Barely a year after that, they were single again.

What a waist, we mean waste!

As for the pizza, TMZ’s expert Gary says, “All fat guys know … you never eat the pizza out of the box right outside the store. C’mon man.”

Do you guys think Jason is stressed since bailing on Brit? Could that be the reason for the weight gain?