Emma Roberts has come along way since the days her Nickelodeon show Unfabulous. Now she’s taking a job at an adult store. Not literally, of course — she still has a good acting career going with projects like American Horror Story: Coven — but that’s the premise of her new movie Adult World, as she gets a day job at the seedy establishment to make ends meet while trying to impress her poet mentor (played by John Cusack) with her writing. 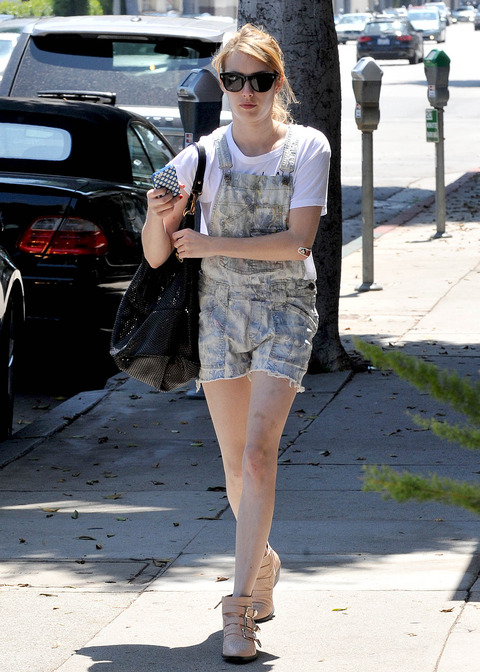 The film — written by Andy Cochran and directed by Scott Coffey — debuted at the Tribeca Film Festival in April. Now IFC Films will release it in theaters nationwide and through video-on-demand services on February 14.

That Valentine’s Day release date is fitting since the film also co-stars her new fiancé — andAmerican Horror Story co-star — Evan Peters, who plays her beau in this story, too. In case you missed it, Evan and Emma just got engaged over the holidays! (Never mind that whole domestic violence arrest!)

Emma’s character seems to have a hard time of it in the trailer, even trying to seduce John Cusack’s character with lingerie.

For the record, this is Emma’s second film with John. The then-10-year-old had a bit part in John’s 2001 movie America’s Sweethearts, probably because the film also starred her aunt, Julia Roberts.

If only Emma’s Adult World character had a famous aunt!