First it was Cookie Monster and then Batman and now it’s the man who plays Woody from Toy Story! Arrested in Times Square and charged with multiple sex charges. 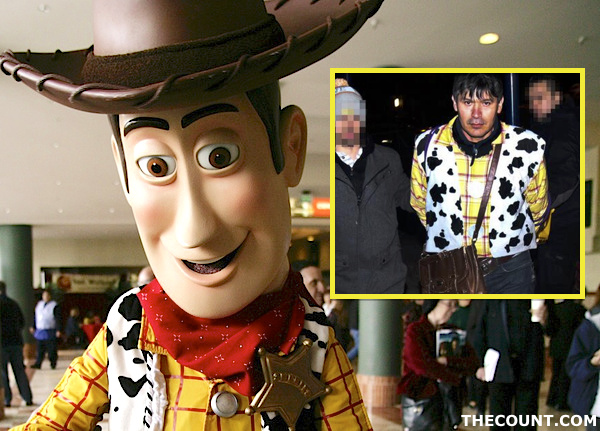 Vasquez’s arrest as Woody marks Disney’s entry into the bizarro world of costumed crime in Times Square: Last April, a man dressed as Cookie Monster was arrested for shoving a two-year-old boy (not to be confused with the Jew-hating Elmo of Central Park) and in February, a man dressed as Spider-Man said he was attacked by a snowball-wielding mom.