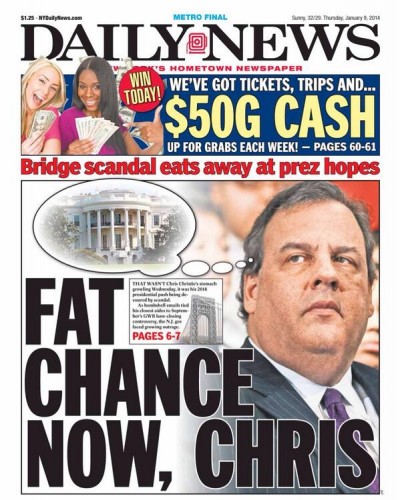 An intentionally manufactured traffic gridlock caused by a surprise lanes closures to the George Washington Bridge.

REPORT: In at least two of those instances, response time doubled, noted EMS coordinator Paul Favia, who documented those cases in a Sept. 10 letter to Mayor Mark Sokolich, which The Record obtained.

On Sept. 9, the first day of the traffic paralysis, EMS crews took seven to nine minutes to arrive at the scene of a vehicle accident where four people were injured, when the response time should have been less than four minutes, he wrote.

It also took EMS seven minutes to reach an unconscious 91-year-old woman who later died of cardiac arrest at a hospital. Although he did not say her death was directly caused by the delays, Favia noted that “paramedics were delayed due to heavy traffic on Fort Lee Road and had to meet the ambulance en-route to the hospital instead of on the scene.”

Emergency responders also were late in getting to a third medical emergency that first morning of the lane closures. It took Favia nearly an hour to arrive at a building where a person was experiencing chest pains “due to standstill traffic on Route 46 East. The Mutual Aid ambulance coming from Palisades Park and paramedics coming out of Leonia were also delayed due to the excessive traffic,” he wrote.

Delays in emergency response times continued the next morning when a call that should have taken three or four minutes to respond to took seven, Favia wrote. In that instance, a man was experiencing chest pains.

Is this debacle enough to bring down Gov. Chris Christie?