The Idaho man who slapped a baby on a flight over the child’s incessant wailing – was sentenced to a lengthy prison stay Monday. 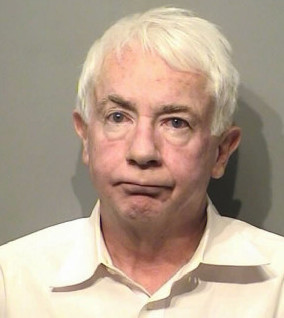 Joe Rickey Hundley, convicted baby slapper, was headed to Atlanta to decide whether or not to take his son — who died the day after the flight — off life support, when he struck the 19-month-old baby boy.

Hundley pleaded guilty to assault in federal court in October and we just sentenced to 8 months in prison, two more months than requested by the prosecution.

In February, Hundley was seated next to Jessica Bennett and her 19-month-old son in row 28 when Delta flight 721 from Minneapolis, Minnesota, began its descent into Atlanta.

When the baby began to cry, Hundley allegedly told Bennett to “shut that (N-word) baby up,” according to an FBI affidavit.

“(He) then turned around and slapped (the child) in the face with an open hand, which caused (him) to scream even louder,” the affidavit continued. The boy suffered a scratch below his right eye.

Hundley’s attorney, Marcia Shein, said Hundley will report to a yet-to-be determined prison but didn’t say what the date would be.

Considering the great stress and strain Hundley was under, you would think he would’ve been caught a break. Was 8 months too harsh or not harsh enough? Sound-off below!