“Flight controllers here looking very carefully at the situation. Obviously a major malfunction,” now-retired NASA public affairs officer Steve Nesbitt said as the nation watched in horror as the space shuttle wreckage fell toward earth.. Flash forward to today, Nesbitt’s voice is heard at the beginning of the video for Beyoncé’s “XO,” a song about a troubled relationship.. 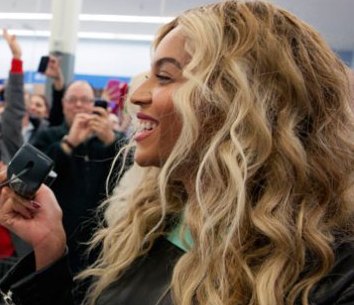 The audio clip may only last six seconds, but its resurgence has reopened a wound for the ages..

Beyonce, in an exclusive statement to ABC News this morning, said, “My heart goes out to the families of those lost in the Challenger disaster. The song ‘XO’ was recorded with the sincerest intention to help heal those who have lost loved ones and to remind us that unexpected things happen, so love and appreciate every minute that you have with those who mean the most to you.

“The songwriters included the audio in tribute to the unselfish work of the Challenger crew with hope that they will never be forgotten.”

But former and current NASA astronauts, employees and Challenger family members argue that using it in a pop song mocks the crew’s sacrifice and opens fresh wounds.

June Scobee Rodgers, the widow of Challenger Space Shuttle Commander Dick Scobee and a founder of the Challenger Center for Space Science Education, told ABC News she is “disappointed” in the singer’s decision to include the clip.

“We were disappointed to learn that an audio clip from the day we lost our heroic Challenger crew was used in the song ‘XO,'” she said. “The moment included in this song is an emotionally difficult one for the Challenger families, colleagues and friends. We have always chosen to focus not on how our loved ones were lost, but rather on how they lived and how their legacy lives on today.”

What do you think? Insensitive or creative?