Paul Walker’s girlfriend is currently 23-years-old and the actor started dating her 8 years ago, at the tender age of 16 when he was 33. The revelation came out after Walker, 40, died in a fiery crash after attending a charity event in Los Angeles. 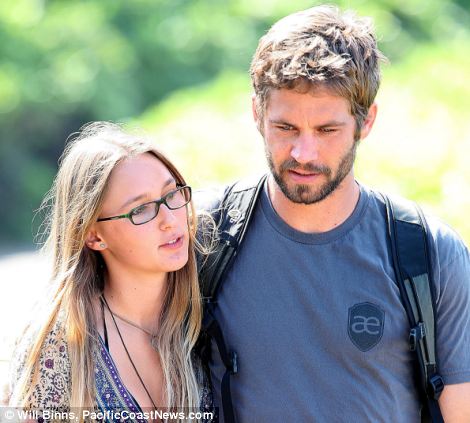 It’s been all over the news about how Paul Walker’s girlfriend is ‘broken up’ over his death as the couple were hoping for a ‘bright future’ together.

Well his GF Jasmine Pilchard-Gosnell, now 23 years old, is being comforted by her mother Julie as she struggles to cope with the ‘horrible’ news, relatives said.

According to multiple sources including the UK’s Daily Mail, The NY Daily News, and EXTRA TV, Jasmine been dating Walker since 2006 when she was just 16 and he was 33. In CALIFORNIA, the state where Paul Walker lived, it’s ILLEGAL for an adult to have SEXUAL RELATIONS with a minor under 18 years old.

Paul Walker had a great reputation but there is no good time for those old skeletons to come to play..