Comedian Jay Leggett, died after strapping a deer to his ATV that he had just shot and killed.

The comedian was producing a documentary about the joys of deer hunting, when he died of natural causes Saturday. 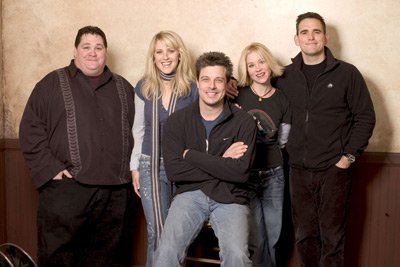 Leggett, 50, collapsed and died next to his all-terrain vehicle at the end of a hunt on the first day of gun deer season in his native Tomahawk, Wisconsin, according to Lincoln County sheriff’s spokesman Mike Caylor. A deer that Leggett had killed was strapped to the ATV.

“The victim had returned to the cabin from his deer stand on an ATV,” the sheriff’s statement said. “When he got off the machine he collapsed and was found unresponsive by family members who immediately started CPR.”

Leggett’s 2011 film “To the Hunt: Deer Season in Tomahawk, Wisconsin” documented deer camp life and “the fun, family and fraternity of the hunt,” according to promotional materials.

Paramedics were unable to revive Leggett and the coroner pronounced him dead at the scene, Caylor said.