Sam Donaldson BEATS DUI! Judge: Cops Had NO Probable Cause

Legend ABC newscaster, Sam Donaldson, won his DUI trial after the judge ruled the police didn’t have probable cause to arrest and charge him in the first place. 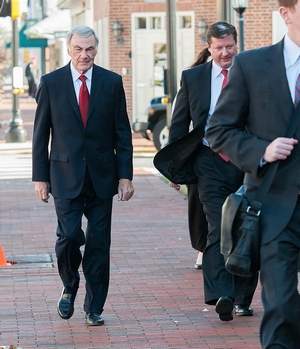 The veteran anchor had been charged with DUI and a traffic violation in Virginia suburb of Washington, D.C.

Donaldson, 79, took notes through hours of testimony by the Lewes police officer who pulled him over on Savannah Road Dec. 1, 2012. His attorney, Eric Mooney, asked the judge to find there’d been no valid probable cause for the arrest, citing inconsistent times in police reports marking when sobriety tests were performed and pointing out that some roadside balance tests he was given aren’t meant for people older than 65.

Court of Common Pleas Judge Rosemary B. Beauregard said she agreed that the records of the traffic stop and arrest were spotty enough to throw out the case. Some of the apparent errors, she said, “gives the court pause as to the accuracy of the information the court has received.”

After his victory, Donaldson said he was “clearly happy it turned out this way.” He had been in Lewes last December with his girlfriend, he said, biking on trails in Cape Henlopen State Park.