Alligator at O’hare airport! “They probably realized they couldn’t take it through the checkpoint, and just let him go, but oh my God,” said an airport rep.. 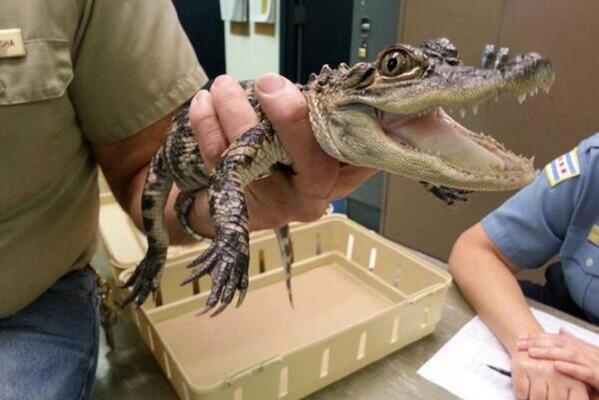 The alligator that was found crawling around an escalator at Chicago’s O’Hare Airport last week is recovering at an area wildlife center because officials say its owners didn’t feed it properly and stunted its growth.

The alligator, dubbed “Allie,” was first spotted Friday by Tineka Walker, a security officer in Terminal 3 at O’Hare. At only about 24-inches long, the reptile was too small to activate the airport’s automatic doors, so Walker suspects a passenger may have attempted to bring it through security.

FILE UNDER: Alligator at o’hare airport!