Antoine Dodson will be appearing in the latest Tyler Perry movie “A Madea Christmas!” In an interview with Hip Hollywood, the unlikely YouTube star confirmed, “Hide yo kids, hide yo husband,” No, wait, that was his other 15 minutes.. Here’s what he had to say about his next 15.. 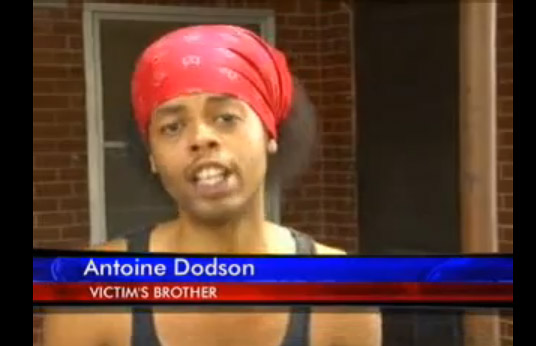 “I did the Madea’s Christmas with Tyler Perry and that’s coming out December 13, so I’ve been working, putting in work.”

“It’s so crazy, he’s serious about his work,” the Internet sensation said of Perry. “I love being around him and the cast. Everybody was so great. They treated me like I’ve been doing this for years.”`

“A Madea Christmas” is scheduled for theatrical release on December 13.