Some would say it was just a matter of time.. Lindsay Lohan photographed reaching out for another glass of wine after a long bout with rehab.. 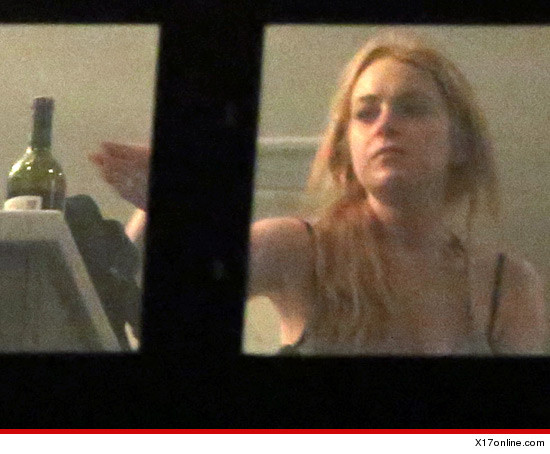 TMZ went on to report that Lohan was not actually pictured drinking the Jesus juice, but by the looks of it, it was already, almost all gone..

Lindsay Lohan may have been reaching in the wrong direction last night because it looks like her hand was going straight for a wine bottle.

The pic was taken at a Hollywood Hills home where Lindsay was hanging out before attempting to catch a red eye back to NY. Lindsay got to the airport too late and missed her flight.

There are no photos of Lindsay actually clutching the bottle or drinking but the evidence is ominous.

TMZ has learned Lindsay sent her sober coach packing. The coach had stayed with LL in NY after she left rehab, but has now returned to Cali full-time. We’re told LL told him she can do it on her own now.