Tragedy struck at a NYC Victoria’s Secrets store after security staff found a fetus in the bag belonging to two teenage girls who were being detained.. The women, both 17, were suspected of shoplifting and stopped as they attempted to leave the store. The guards then found what appeared to be a deceased baby contained in one of the shopping bags. 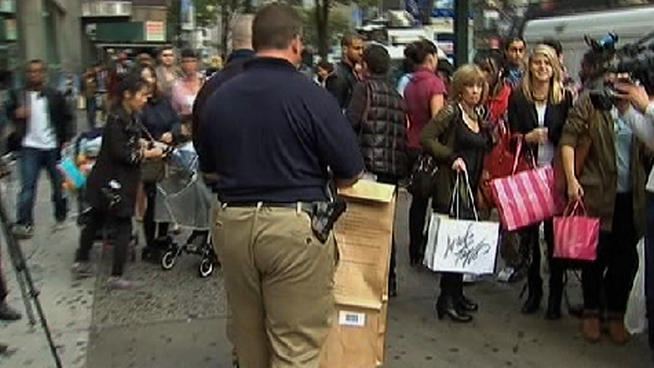 It was not immediately clear when or where the girl gave birth.

CBS news reported, one girl was taken to Bellevue Hospital, and the other was being questioned at the Midtown South Precinct, CBS 2 reported. The Medical Examiner’s Office was performing an autopsy on the human remains found inside the bag.

“It’s sad and it hurts because it’s still a life that was born and now it’s gone,” said Esther Gross of the Upper West Side.

“I have two daughters. The youngest one is 18 and she would probably be terrified. But there’s so many things you could do. Leave it in a church. Go to the hospital and just say I don’t want it, which is not a good thing at all, but it’s better than doing this,” added Ivetzy Sosa of Washington Heights.

Police are currently scanning surveillance video taken from inside the store.

FILE UNDER: SHOPPER FOUND WITH DEAD BABY IN BAG!