Brad Pitt’s personal stuntman got himself stabbed with a bayonet while performing on the ‘Fury’ set!

Pitt’s stunt double, John Radcliffe, 35, was accidentally stabbed in the shoulder with a bayonet and was so injured, he had to be transported to the hospital via helicopter! 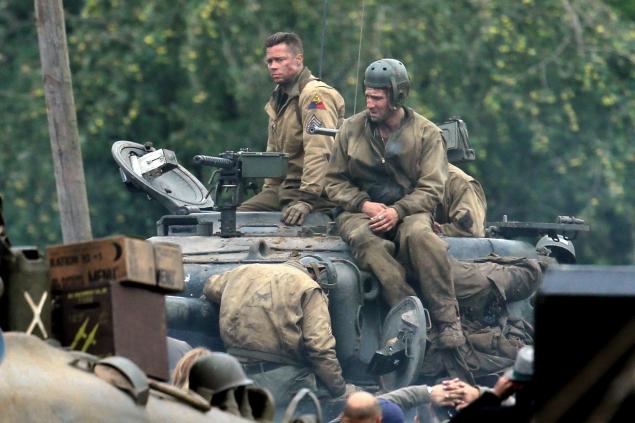 The accident occurred in Pyrton, Oxfordshire, on the set on Pitt’s latest epic flick, Fury. The stuntman was rehearing with the large blade when he committed the boo boo.

A spokeswoman for the film have confirmed that the stabbing occurred, admitting that the tragedy took place as two stuntmen filmed a scene on a private farm.

The representative stated, “There has been an accident between two professional stuntmen which happened in a rehearsed action sequence. It was an accident. It is very obviously very unfortunate. He left the set laughing and talking.”

Cops are not treating the incident as a crime.