Hordes of paparazzi-paranoid Celebrities are suddenly going to shocking lengths to increase not only their cachet, but also the security of one of their most prized possessions, the horseless carriage.. 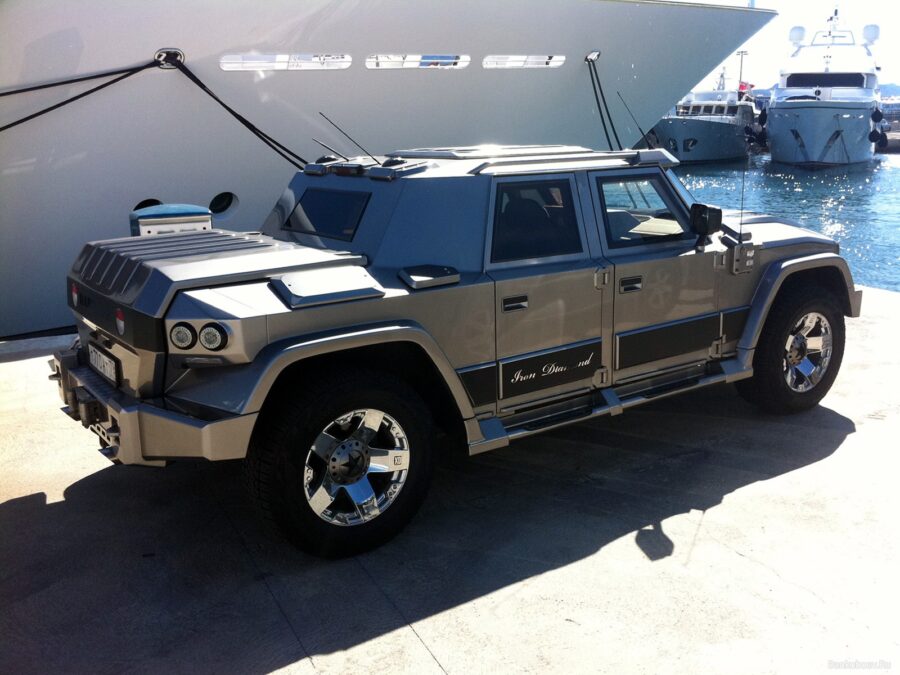 A trend that started in 1992 has many celebrities to this day purchasing armored vehicles such as the Prombron Iron Diamond vehicle from Latvia’s Dartz Motorz Co.

These vehicles run approximately for $1.2 million dollars, which Kanye West himself seemed to buy into not once but twice! 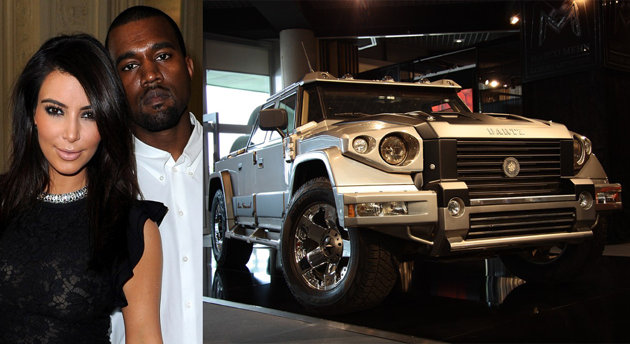 The mere purpose of these vehicles is basically to avoid death, if you would like to put it that way.

Certain instances involving shootings that have killed stars like Biggie Smalls is something that every star would want to avoid of course. Consequently, armored vehicles do just that by withstanding piercing bullets or even BOMBS.

BUT, it just doesn’t end there! 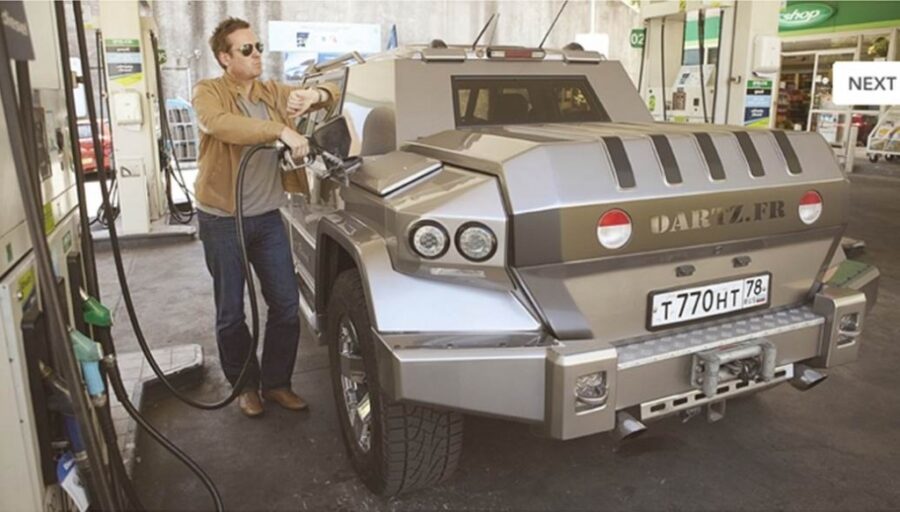 According to Hollywood Reporter, they “deliver nonlethal shocks to carjackers and overzealous paparazzi.”

Wouldn’t you say this is a little too extreme?

Well, according to many celebrities like Angelina Jolie and Brad Pitt who also own one of theses electrifying vehicles, not at all!

Texas Armoring Executive, Jason Forston, told Hollywood Reporter that their sales have mainly been a result of “climate of fear right now — the growing gap between the haves and the have-nots.”

REALLY? Celebrities are THAT afraid of those living under the poverty line? 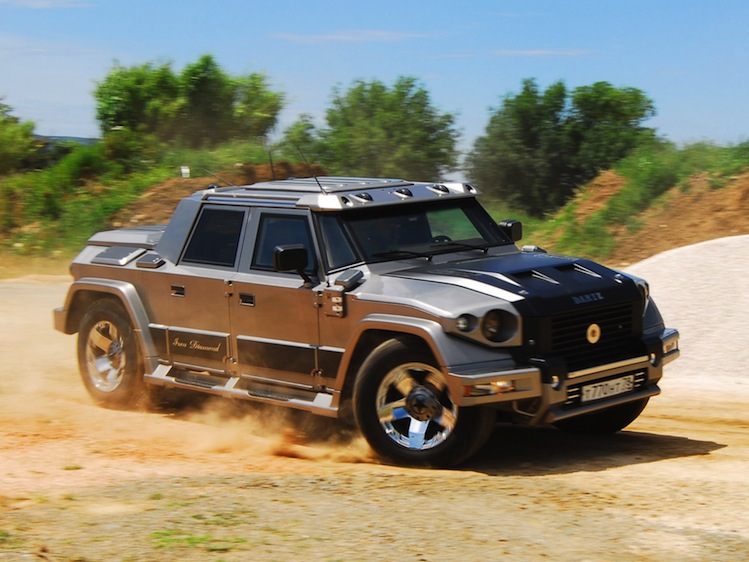 It’s a possibility, but what carjacker would want to take that chance now that they don’t stand a chance against an angry, resilient car?

However, we rather go with the paparazzi assumption. They’ll do just about anything for a buck, even if that means enduring a few zaps.