Dancing With the Stars has claimed it first victim as far as a season ending injury goes! And fans of the popular dance-off are going to be sorely disappointed to learn exactly who it is.. Bill Nye the Science Guy! Nye suffered an injury during his performance on Monday night and he may need surgery! E! News is reporting.. 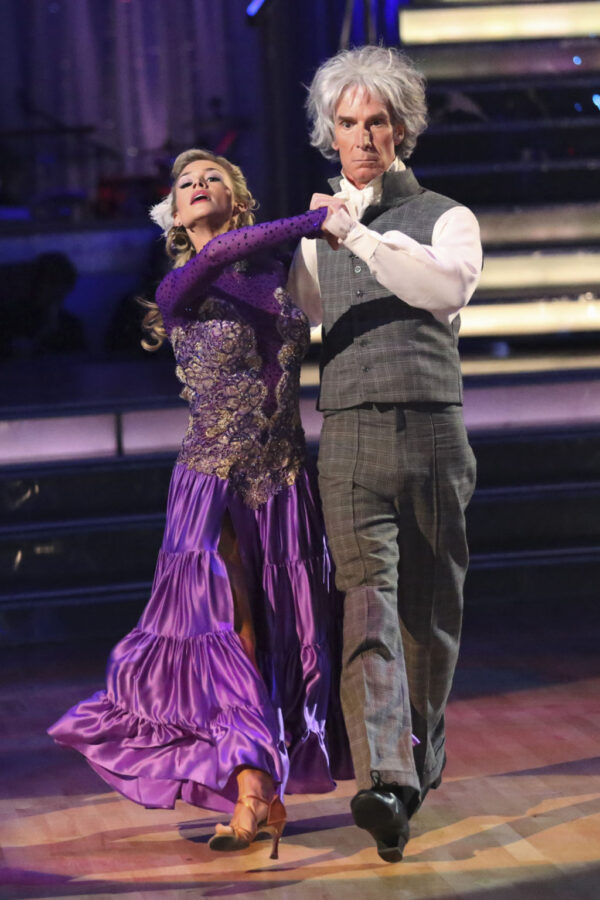 TV’s beloved Science Guy is seeking treatment and could potentially need surgery after hurting his knee while dancing with partner Tyne Stecklein. “We can confirm Bill Nye was injured during his performance last night and is currently seeking medical attention,” a rep for ABC tells us. “We will continue to keep you posted on his progress.”

Ney was the lowest-scoring contestant so far, but the fans absolutely loved him! Now after just two performances it looks like the end of Science..

NFL star Keyshawn Johnson was first to leave the competition after properly being voted off.