Robin Quivers, Howard Stern‘s sidekick has announced she has cancer and has been fighting for her life for the past year.. 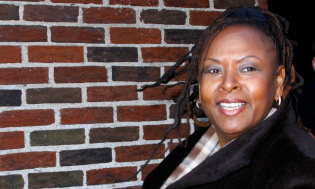 Howard said on his Sirius XM show that he was frightened Quivers would not recover,

“I gotta be honest, I thought she was a goner.”

Quivers’ cancer developed from endometrial tissue, which is tissue in the uterus. No other info was available of the radio show host’s condition.

Robin underwent chemotherapy and now reports she is cancer free.

Robin has not appeared live in studio for over a year, about the time she started her treatments.. Many fans were shocked to learn the showbiz trooper was doing actually doing the show from home while undergoing treatment..