Woo hoo! Is that an engagement ring we see on Mila Kunis finger? And not just any finger, that finger folks! 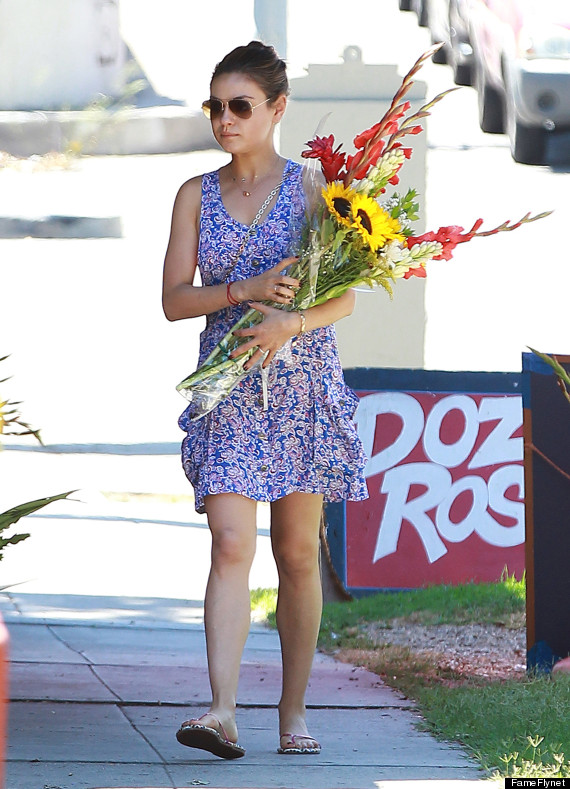 Mila, 30, was spotted out and about in West Hollywood when paps snapped her wearing a gold band on her ring finger.

Ashton Kutcher, Mila’s beau, was slow to admit his affair, but come on! They’ve been an item since April 2012! That’s a long time in Hollywood years!

Back in June, there were reports that marriage was in the cards for the couple, according to one insider who told Vh1 that Kutcher and Kunis are “totally going to marry, we just don’t know when.” Given that that’s how most serious relationships tend to pan out if they are successful, we wouldn’t be surprised.

The Huffington Post said the report was not yet confirmed by Kunis’ rep.