The GRAB Heard Around The World SPEAKS!

Oh the scandal! Can you smell it? Because that smell is something foul cooking in singer, Robin Thicke‘s trousers!

A little known billionaire heiress, Lana Scolaro, the same woman pictured as the recipient of the butt-grab heard around the world, is finally speaking out.. 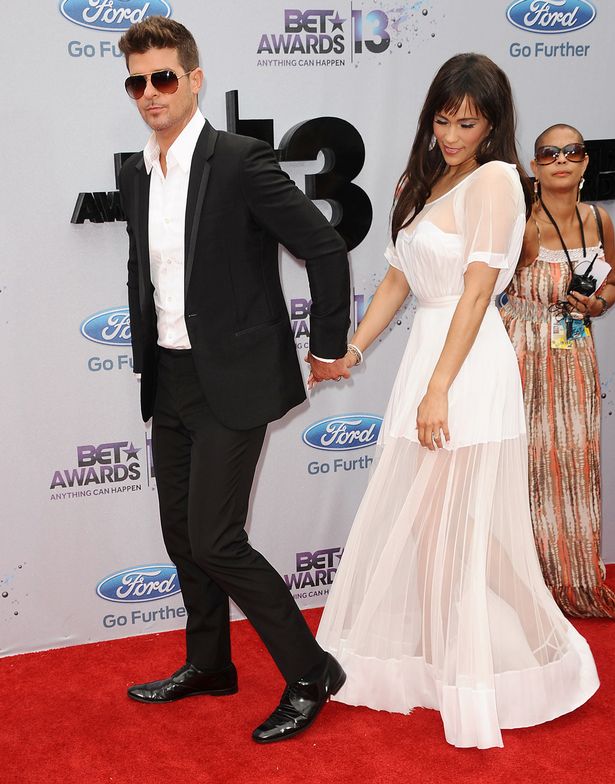 If you believe Patton, things got more than hot-and-heavy the night of the VMAs after the blond sucked on Robin’s lips – in a public bathroom – while his WIFE was waiting outside the door!

“I don’t think he cared what she thought. I was with him the whole night! His hands were everywhere.”

And it didn’t end there! Robin, his wife AND the other woman, all left the awards show together and even attended the after party at the Greenwich Hotel. Arriving in the same car! According to Lana, Robin’s wife didn’t seem to mind her hubby acting like a lecherous rock star!

“I went to the bathroom, and when I came out he was standing there. He turned off the lights so no one could see us, and he started making out with me. He was grabbing me. He was like, ‘I want to get you into bed!’”

Talk about Blurred Lines!!! You might be wonder Thicke’s take on all this..

“It’s just a girl looking for some attention.

She got some attention that night! Now she wants more? This time she’ll take some negative attention!