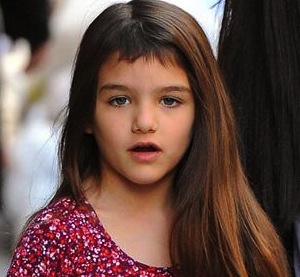 Tom Cruise managed to do all his own stunts in some of the biggest action films ever and somehow his spawn, when left in her mother’s care, has broken a limb.. Outrageous!

Somebody drop a dime to the scientologists!

Katie Holmes, who is also referred to as a ‘bad mother,’ confirmed the injury to People magazine, adding insult to injury.. Then in an effort to cover her own ass, the ‘First Daughter’ actor clammed up tighter than a clam..